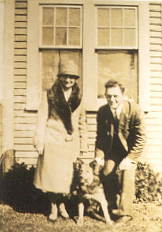 The station moves to King George the V Institute on Water Street, St. John’s. Operating with a staff of six employees and volunteers, the station expands broadcasts to morning and evening. The transmitter is increased to 10Kw power. Official opening is held in November. Miss Addie Wood becomes the first woman announcer in Newfoundland.

Station becomes VONA–Voice of the North Atlantic. The International Radio Convention assigns “VO” to all amateur and commercial radio in Newfoundland. In 1932, as the commercial station was losing money and the founder Pastor Harold Williams was transferred to pastor in the American mid-west, VONA is sold to local radio engineer and businessman Oscar Hierlihy (author of the Radio Book of Newfoundland). The purchase agreement includes a contract to broadcast several hours of Seventh-day Adventist programs each week. Though religious broadcasts by Adventists are maintained, the station operates commercially.

Adventists re-initiate non-commercial religious broadcasting from studios in the church on Cookstown Road, St. John’s as VOAC–Voice of the Adventist Church. Broadcasts are limited to Saturday mornings and Sunday afternoons. The main programs include Bible lessons, music, health programs, children’s programs and the church service. The homemade 25-watt transmitter is located in the church attic.

A car knocks a transmission pole down, and Station Engineer/Director Fred Bell is almost electrocuted by a power surge through the microphone he is speaking into. The Mission decides to update safety features and replace the homemade transmitter.

The Newfoundland Referendum brings a majority vote for Confederation with Canada.

The former Dominion of Newfoundland becomes a Canadian Province on March 31st. VOAR applies to the Board of Broadcast Governors in Ottawa for a Canadian Broadcast License. The license arrives in 1951, limiting VOAR’s power to 100 watts, but allowing unlimited broadcast hours. Broadcasts continue Sunday, Wednesday and Saturday, 16 hours/week.

New studio equipment is installed. No Station Manager is available, so area school teacher, Dick Kaiser assumes management of VOAR and oversees a refitting of studios and new equipment upgrade in a new location on the ground floor of the church. Kaiser operates the station for one year, then accepts a position with Christian Record Braille Foundation in the United States. Broadcasting is expanded to weekdays, 6:00 a.m. to 11:00 p.m., and Saturday a.m. and Sunday p.m. broadcasts. New equipment with the transmitter eliminates need for a full-time radio engineer on staff.

An ice storm destroys the steel antenna tower standing in the Seventh-day Adventist Academy school yard on Merrymeeting Road. VOCM allows VOAR to use their tower on Kenmount Road, although transmission is weak.

VOAR has its own website, and listeners around the world can listen on the Internet at www.voar.org.

“I think it was November, 1929 that Station B.S.L. ‘Bible Study League’ went on the air in St. John’s. I had gone to Auburn, New York and helped build the station. The Newfoundland Government would have charged us $10,000.00 Import Duty but after a personal visit with the Minister of Import he said he would let it come in free as ‘So much wire, this and that’ instead of a radio station. It came in by ship one day and I had it put together and on the air that night. We had the radio towers up and all such things ready before it got there. We put on a program unannounced just to try the station out. People in Bay Roberts heard it clearly. 125 people called me on the telephone during and right after the broadcast. Beginning with the Governor, Premier, every member of Parliament and other officials, they kept the line ‘hot’.”

“We started in the fall of 1929. I had come to St. John’s from Port Aux Basques to finish school, I’d been away at Oshawa the year before. Pastor Williams had the idea for a radio station, and he’d been in touch with George Stevens, a radio engineer in New York. George Stevens sent him a set of plans for a transmitter, and he was looking for volunteers to build it. I think that all the boys in Grade 10 and 11 at the [Seventh-day Adventist] Academy volunteered.

We started it in the living room of the manse (ed.note: this was a house at 106 Freshwater Road). He couldn’t find some of the parts locally, so he cabled Mr. Stevens, and he suggested substitutes. It was some time in the fall that we first went on the air, but the transmitter kept breaking down, and there was a lot of static.

Mr. Stevens rented a house on Pennywell Road, near Linscott Street, and we took the transmitter over there in Pastor Williams’ car. Stevens and I took it apart in a bedroom and put it back together again, properly. He really knew his stuff. He brought some parts with him, but good radio parts were scarce that year, [1930] even in New York, so he designed new circuits, and I must have wound about five miles of copper wire into coils of various kinds.”